Amazing #FirstTurkey: how Americans welcome refugees to their home 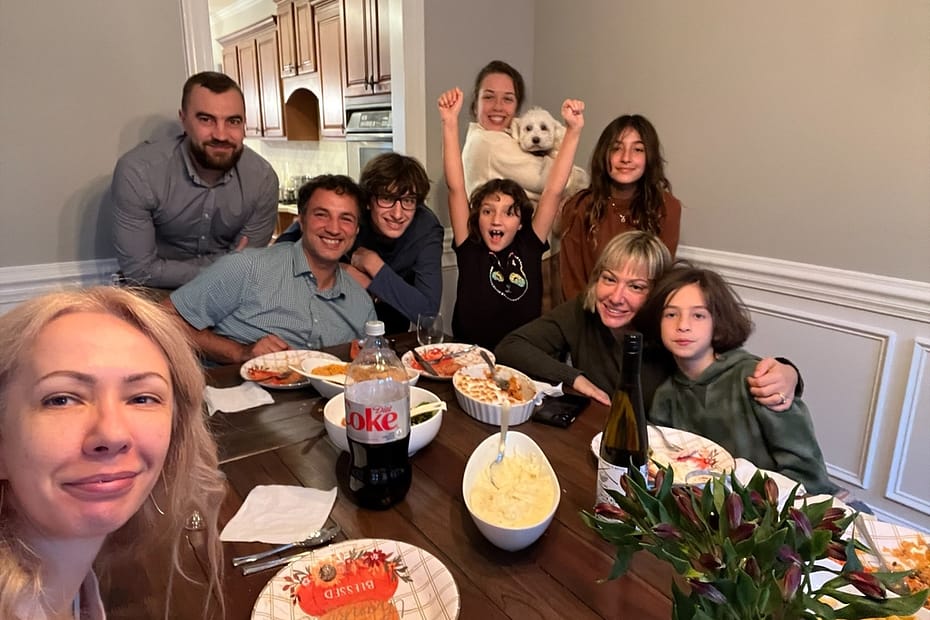 “If you helped at least one person, this is already a great achievement”

More than 100,000 Ukrainians fled the war in the United States this year. It was an important mission for UAWelcome to make sure that their first Thanksgiving would be spent in a warm and family environment, surrounded by an American family. That is why we created the #First Turkey project. Those who wanted to invite their family to visit and share a generous festive table, registered on our website. The same was done by those who did not want to spend the holiday alone and were looking for support.

Surprisingly, there were many times more open and friendly Americans willing to invite guests. Some Ukrainians managed to visit two families during the day. There are also American families who invited two families at once.

Tanya and Nata- are sisters, that temporarily separated by the war. Nata and her 10-year-old son managed to find refuge in the United States while their father defends Ukraine. On Thanksgiving day, the sisters met again and had a warm family dinner with their host family, Courtney and Fred Ilarraza and their three children.

Eugene and Inessa, a young couple who fell victim to the sponsors of the u4u program and fled from them to Charlotte from Las Vegas. Thanks to UAWelcome volunteers and friendly family in Charlotte they have a room and even temporarily received a car.

They were invited to Thanksgiving dinner by Ron and Hannah Heaslet, who previously became the host family for Olya and her 9-year-old daughter Lisa. Those under shelling fled from the occupied city.

Here, Ron and Hanna shared a home with them and gave everything, including love and support.

previous#1Turkey. Welcome refugees to your home for Thanksgiving